Everything the World Doesn’t Know About Dakota Fanning 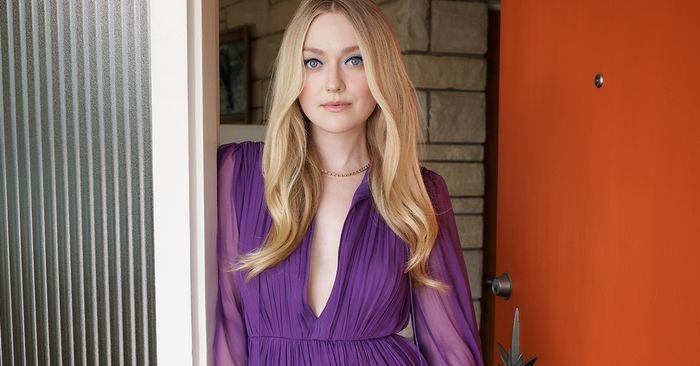 Because of that, she also avoided the bitterness that many of us often felt about being forced to go to school day in and day out. “I loved every second of it. Like, I loved it,” she says with fervor. “People, when they start out when they’re younger, associate that with constant sacrifice of memories and childhood, and it just doesn’t have to be that way. And I don’t feel that way about my life. I got to partake in all the things I wanted to partake in.” Had her experience growing up turned out differently, though, Fanning still believes she wouldn’t harbor any regrets about the career she herself chose so many years prior. “I’m a super-literal person. I can’t change any of it. And I wouldn’t change any of it,” she says. For her, growing up the way she did was “wonderful.” Crazy and hectic, sure, but wonderful nonetheless. “And I’ve survived all that. I’m 28. I’ve made it through, and yeah, [I’m] over the hill,” she adds.

Don’t get that last part confused with a fear of aging. “I love getting older. I’m not scared [of it],” says Fanning. “I listen to so many podcasts with people who get interviewed, women of all ages, and people in their 30s are like, ‘Oh my god, my 30s are amazing.’ Then, someone in their 40s is like, ‘Oh, forget the 30s. My 40s are the best.’ And then, somebody in their 50s is like, ‘Wait till you turn 50.’” That’s how Fanning, too, chooses to approach life. “I’ve always just loved getting older and being able to look back [while] also [getting] excited for the next thing,” she says. “It doesn’t scare me too much.”

Aging is but one of the many beautiful things about womanhood, and it’s something that’s celebrated repeatedly in Fanning’s latest project, The First Lady. The series—starring Michelle Pfeiffer as Betty Ford, Viola Davis as Michelle Obama, and Gillian Anderson as Eleanor Roosevelt—provides an in-depth look at the lives of some of America’s most prolific First Ladies through their own lenses. Fanning plays Susan, the only daughter of Betty and President Gerald Ford, who, like her mother, was (and still is) a strong force, fighting for female education and rights. Susan and Betty Ford helped to form National Breast Cancer Awareness Month in 1985, following the latter’s diagnosis and subsequent surgery, a radical mastectomy, that took place in 1974. The First Daughter went on to serve as a national spokesperson for breast cancer awareness, with her primary focus being to share the importance of early detection and testing, which, at the time of her mother’s diagnosis, was not nearly as common as it is today.

Their story, specifically their close mother-daughter bond, was one of the main reasons Fanning wanted to take on the project. “My relationship with my mom is, I think, the most foundational relationship in my life, and getting to show [Susan and Betty’s] relationship through the trials and tribulations and all of the changes and all of the hardships, I was really excited to do that,” she says. According to Fanning, one of the great examples of their relationship, as well as the relationship between the entire Ford family, was when Susan, a high school student at the time, held the Holton-Arms School senior prom inside the walls of the White House. It was the first and only time a prom was hosted there. (Indeed, the anecdote inspired the ’70s prom theme for our cover shoot with Fanning.) “I think it goes to show that family really did come first … especially for Betty. She made that happen for her daughter,” Fanning tells me. “Betty Ford was a really incredible, incredible woman, so [I was] excited to bring her story to a new generation.” 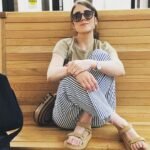 Next Story:
I Always Shop Before Traveling—These 21 Items Are My Most Successful Purchases